Experience one of the best Italian restaurants in Las Vegas at Matteo’s Ristorante Italiano. Located in The Venetian’s Restaurant Row, enjoy unique Northern Italian recipes and cuisine inspired by The Factory Kitchen in the Los Angeles arts district.

Using fresh and locally sourced ingredients, Chef Angelo Auriana has crafted a dynamic menu. By highlighting the best dishes in the North, taste buds are transported to a bustling Italian trattoria. From the sea; grilled Mediterranean sea bass. And from the land; slow roasted pork belly.

Homemade Pasta - Made to Order

Watch as pasta is made to order, on full display. Try the mandilli di seta, a delicate pasta with a basil and almond pesto.  With recipes passed down through generations of Italian kitchens, Matteo’s menu is guaranteed to satisfy.

Matteo's is brought to you by restaurateur Matteo Ferdinandi and Chef Auriana.  Their goal; creating a dining experience that’s both indulgent and approachable. Served in an industrial-chic environment, lovers of Northern Italian cuisine will feel right at home from their first bite of pasta to their last bit of cannoli.  Definitely stay for the cannoli. 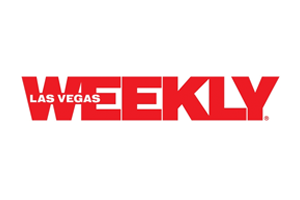 Simple flavors are the most difficult to achieve

Angelo Auriana is Chef and partner of Factory Place Hospitality Group, with three restaurants in Downtown Los Angeles, and The Factory Kitchen in The Venetian Resort Las Vegas. Auriana was born in Bergamo, Italy, where he graduated with honos from the prestigious San Pellegrino Hotel School. Chef Auriana masterfully translates Italian recipes from his childhood for the American diner in his approachable, modern restaurants.

Reconnecting with restaurateur Matteo Ferdinandi and his wife Francine Diamond-Ferdinandi in 2013, the team formed FactoryPlaceHospitalityGroup and opened The Factory Kitchen in Los Angeles’ Arts District.

Chef Auriana has been part of multiple culinary publications including The Valentino Cookbook, Master Chef Cook Koshers, Old World New, and several charitable cookbooks. He can be found every day in the kitchen, perfecting his craft and continuing the traditions of Italian cuisine.

Enjoy elevated bistro classics in this celebrated establishment from Thomas Keller, who was named “America’s Best Chef” by Time Magazine. Make a reservation for the very popular Sunday Brunch.

Best Rate guaranteed with exclusive offers just for you